Free Advice -- Worth What you Pay for It

This guest blog is written by Peter Walker, FNIPR, FCIPR, Chartered Public Relations Practitioner.
Mr. Walker is senior partner in PIELLE Consulting, Feintuch Communications' UK-based partner in the PR World Alliance. The blog post originally ran in PRO PR Magazine (Croatia) in Croatian and is soon to be published in Nigeria and Ghana.


Yesterday my doctor complained to me that she was worried at the number of patients who now came to see her armed with their own diagnosis of their ailment together with a list of treatments they wanted her to give them. It’s the internet she said, easy to access, free, just type in a set of symptoms and there you are, a menu of illnesses and a set of treatments. Instead of being respected for my six years specialist education and training, Wikipedia and websites are making me redundant in the eyes of my patients. 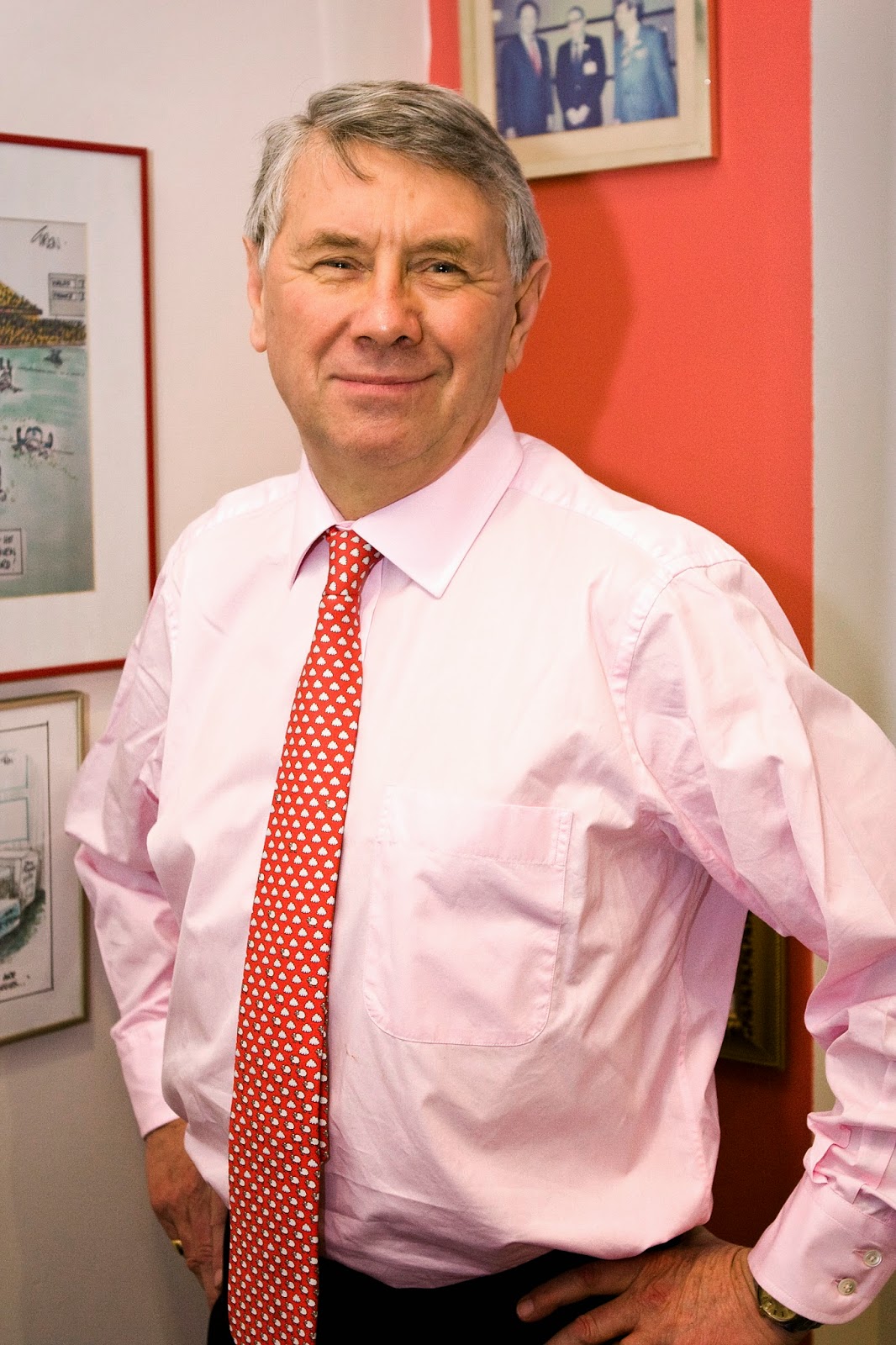 It was tempting to tell her that she had just joined the real world of professional advisors and the world where, thanks to Google, everyone is an expert and firmly believes they can do most jobs as well as a properly trained and experienced expert. Just ask any experienced public relations manager. It isn’t helped by those, among the ranks of every profession, who take a great delight in suggesting that flair creativity and personal genius is all you really need. Education, training and expertise born of experience is as nothing. It is particularly true in the world of the media what price a properly trained journalist with clear editorial standards in a world of the ‘citizen journalist’ When the immediacy or Twitter, Instagram and any number similar web based platforms are taken seriously and become the basis for Government policy and legislation it is about time someone sounded a warning. Are these really the expressions of the majority or, as is more likely, are they are the vehicles of self promoters, pressure groups, big business interests, and a host of vested interests?


During the so called ‘Arab Spring,’ the world was awash with Tweets, mobile phone videos and pictures. No-one questioned their provenance or suggested they were part of a propaganda war; only later did the truth emerge. Far from demonstrating that the youth of the Middle East were using the internet to shape a democratic future -- in reality the vast majority of the social media traffic was coming from vested interests promoting revolution from outside the countries where uprisings were being fermented. Professional journalists trained to answer to editors, check sources and certify the information might just have 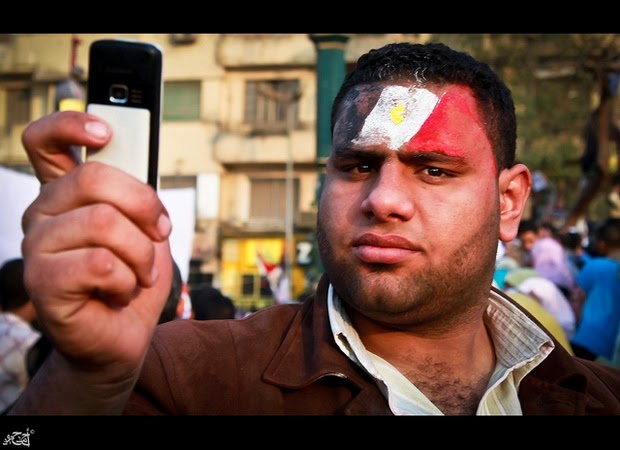 provided a more balanced picture. Instead spurred by what they saw a commercial competition they joined in the battle as herd instincts took over to confuse and confound the watching, reading world.


Contrast that position with the protests in Turkey in August 2013 when that Government proposed building over a park in Istanbul. Trust in the national and some international media fell to about 20 per cent and social media became the most relied on sources of reliable information. The circulation of newspapers dropped and with the drop came the loss of advertising revenue.


Only Government and Government agency advertising kept some of them afloat. The difference here was that under 20 per cent of the social media traffic came from outside the country and then it was clearly coming from expatriate Turks in the UK, Germany, and the rest of the world. A salutary reminder perhaps that professional advice and comment still has a real and important value.


Reflecting with some amusement on my Doctor’s despair, Linked-In this morning reminded me not to be smug. There, as the first entry in the PR community section I read on my phone, was an appeal by the managing director of a small electrical business for advice on where he could get low-cost public relations. He explained his was a small business and by inference couldn’t afford a real professional consultancy.

For a while I was tempted to suggest that he got a management handbook out, started out by defining the firm’s commercial, social and corporate objectives, and then thought carefully about just what he wanted a public relations programme to achieve for him, his business and as a contribution to the future he had defined. Then to think hard about what sort of budget he could afford to invest in the firm's future. Do that and he could have had a sensible conversation with a professional advisor about the art of the possible and advice on whether his aspirations for public relations were actually achievable.


We don’t know and probably won’t ever know whether what he wanted was just a few moments of photo-op glory in a trade paper, on local radio or TV on a slow news day and with a bizarre or creative enough idea a national newspaper might pick it up. Vanity has a value but for the professional advisor clear management based objectives are a better guide to shaping, managing and measuring the effectiveness of the programme. Did footfall into the store increase, have the reps on the road found that the company name and product is familiar to buyers – has making the sale become easier as a result of the planned and sustained public relations activity. Has recruitment and job applications increased, is staff retention high? In short have the objectives you defined and were then factored into the public relations programme been met?


It doesn’t take a fortune and it does not need a genius. It does require a manager who knows his business, has clear plans for its future, has defined his objectives and his budgets.


The next step and it is a difficult one is finding the advisor, the firm with whom you are comfortable professionally and whose advice you believe you can trust. There is no alternative to taking the time to research and then setting up and structuring the interview. If you believe that a beauty parade of companies each given up to an hour to convince you is the best way to select the people into whose hands you are entrusting the reputation of your organisation then go ahead.


But the smaller the budget the more time you should invest in interviewing the small number of likely candidate firms or individuals your research should have identified. A series of discussions rather than ‘pitches’ from a  professional advisor on how they would plan a properly planned and professionally managed public relations programme that responds to your commercial objectives and  can contribute to sustaining the present and realising the future is probably the best way to go.

When NASA was upgrading its computer systems some while ago they froze. Nothing the assembled array of computer engineers could do to restart the programmes on whose effectiveness the lives of astronauts -- let alone the prestige of the USA relied. In some desperation about the heritage programmes thought to be the cause, they sent for a long retired NASA computer engineer and flew him in from the wilds of Nebraska to take his advice.

On arrival he spent about three hours checking the programmes and coding asked for a small rubber ended hammer and walked over to the bank of servers and after ten minutes careful inspection he took the hammer in his left hand he gave a gentle but firm tap on the casing of one of the servers walked back to the desk asked for the system to be rebooted.

No surprise the upgrades started to load. Having seen them installed and satisfactorily operating, the question of his fee was broached. $350,000 was the reply, no surprise there was a clear objection at what one manager saw as a preposterous rate for just 4 hours work and 7 hours travelling time in a private aircraft sent by NASA.

"All you did was tap the casing and any fool could have done that and it could have been done for free.” Yes said the retired engineer but this fool spent 10 years in college and 30 years at NASA learning just where on the casing to tap.


There is plenty of free advice out there, most of it, worth what you pay for it. Any professional, even my doctor, can do more with an informed and well-briefed client, customer or patient. But every manager should be clear about their objectives and keep value rather than cost in mind when looking for a professional advisor particularly when the reputation of the organisation is involved.
# # #
Posted by Henry Feintuch No comments: