We began the scavenger hunt a little bit behind schedule leaving from Swift Bar & Grill at 5:45 p.m. Armed with our matching shirts, smart phones and unlimited metro cards, we were prepared to take on the 90-minute challenge. The rules were simple enough: complete as many tasks as possible before the clock ran out and take one picture for each task including all team members. Rather than hand the camera off to a stranger, we opted for the more social-media appropriate solution: team selfies.

A mere five minutes into the challenge, we all felt like we were truly competing in The Amazing Race. We read through each of our potential clues and attempted to put together a strategic plan to receive the most points in the least amount of time. We decided to start with a journalism legend, stopping by the old New York Times building.

Throughout the race, we wound our way all through Midtown Manhattan. Within an hour and a half, we hit Herald Square, Fox News, Times Square, Radio City Music Hall, the Love Statue and more.

As the time started ticking down, we found ourselves five blocks away from check-in with four minutes to spare. We made a mad dash and somehow made it back with seven seconds to spare. (Personally, I think pedestrian dodging should have counted for extra points.)

In the end we ended up with 275; 75 points behind the winners. Though we didn’t win, the race was a great experience. As I continue to get my feet wet in the crazed metropolis that is New York City, it was a perfect opportunity to explore the area while bonding with my co-workers.
Posted by Darby Fledderjohn No comments:

The Life of a High School Intern

For years, I knew that my mom worked in public relations (PR), but I did not know exactly what that meant. Before this week, my perception of PR was my mom writing long “essays” about many different things.  This week, I have been lucky enough to help out at Feintuch Communications and had the opportunity to learn about the public relations business and all that goes into it.

Before we go there, let me tell you how I got here…


During the last three weeks of the school year, my high school hosts a program called “Senior Experience.” This program allows students to choose an internship program at any company to learn about an industry in which they are interested. I chose to do my internship at Feintuch Communications because I knew that I wanted to learn more about public relations and marketing.


In my first week at Feintuch Communications, Henry Feintuch and his team have shown me how public relations works and everything that goes into it on a daily basis. I have had the chance to learn about many of the different activities that a PR firm can do for its clients – ranging from distributing press releases to working with industry analysts (professionals who provide regular reports on a company and its business). I have had the chance to shadow Henry and the other members of the team including Darby Fledderjohn, account coordinator, and Emily Simmons, senior account executive, to see exactly what goes on.

The Feintuch Communications team has taught me how to do many things in PR that I would have never known such as the correct time to send out press releases and how to help companies build their reputations from the ground up. One of the most interesting things that I have learned so far is from a webinar on social media (The Art of the Perfect Social Media Post). This webinar explained how to use social media websites to a company’s advantage and the best times to use them throughout the week.


My time at Feintuch Communications has given me a greater understanding of the public relations and marketing industry. I’m heading to college at SUNY Oneonta in just a few short months and look forward to the academic road ahead. 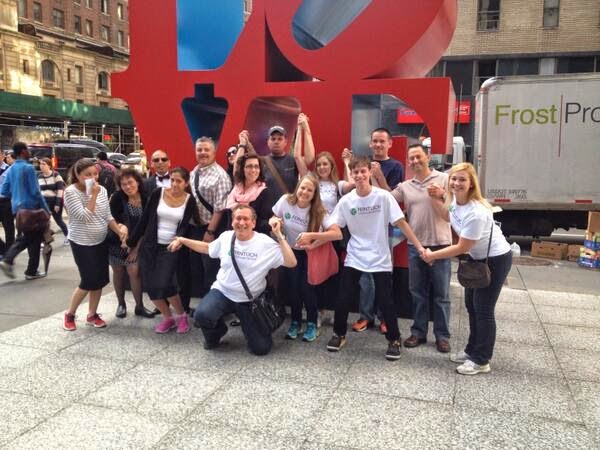 Ross Binder is a student at John F. Kennedy high school in Bellmore, Long Island, New York. He currently is working as an intern for Feintuch Communications to learn more about the public relations business as part of his school’s “Senior Experience” program.  He also enjoys studying languages such as Italian and Spanish as well as American history.

Posted by Unknown No comments: